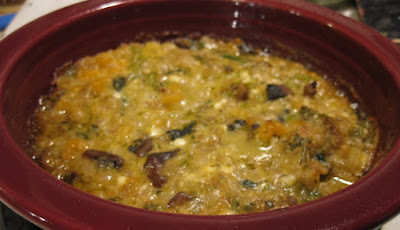 I used about a cup and half of cooked barley, and probably about the same amount of cooked pasta.

In a pan, I sauteed half an onion in some butter til soft. I added some leftover veggies, including some broccoli rabe and roasted broccoloflower from last night.

As the usual white sauce method goes, or, if you aren't so smart in the cooking department (ie: make it by the box kinda shit), that means you throw in some flour, then some kind of liquid. I used a splash of cream sherry and some milk. Bring 'er up to a boil and get all thick.

Add some cheese. I used about a cup of cheddar.

Stir in the barley and pasta, throw it into a dish and bake it til it gets all bubbly and makes you wanna dive right into it. 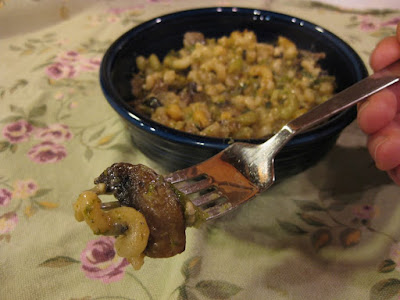 Tonight we got take out from the mexi joint. Maybe it was because I was so goddamn hungry, or that it was just the right temperature--but that was like the BEST fucking burrito I have ever had.

I'll bet it was because yesterday, we got snow, which turned to this early this morning. This purdy little red berried shrub turns a gorgeous crimpson in late summer. Holla at me if you know what the hell it is. 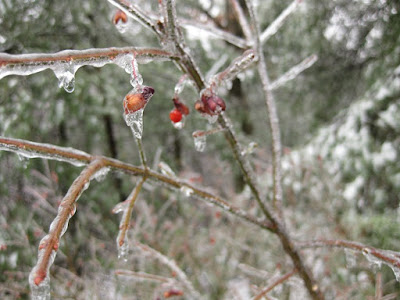