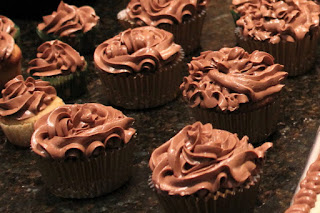 This past weekend, we enjoyed celebrating our son's 2nd birthday with friends and family.  Basically, an excuse to put my culinary curiosities into motion! Read: eat chocolate. 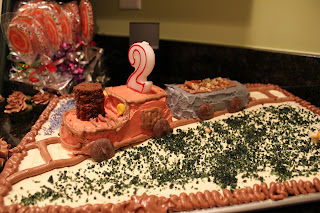 I googled cake recipes, searching for a sheet cake recipe, as I had planned on a Train theme cake.  The sheet cake would be the ground.

King Arthur Flour is a staple brand in my flour consumption.  I found this recipe and was really happy with it.  A beautiful crumb, substantial, yet light and rich at the same time.


I really don't like sticky sweet frostings.  Most of the store bought ones make me want to gag.  The frosting I made was so freaking good you may start dreaming about it after it's eaten.  My sister-in-law claimed she'd like to throw her head into an entire bowl and live there.  Or something like that.  Get my point? It's that good. 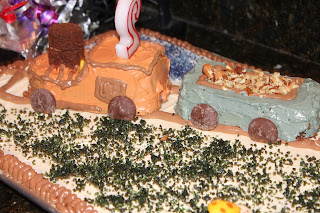 My cake decorating skills obviously suck, but I really don't care.  What I care about most is a cake that tastes good.  Fondant has always grossed the shit out of me.  I don't care how pretty the damn thing is.  If it tastes like plastic, it is a failure, IMO.

So, this cake?  It's supposed to be a train.

I used colored sugar sprinkles and natural food dye from Chocolate Candy Kits.  The colors don't turn out nearly as bright as conventional food dyes, but I made it work.  I was going for a red for the front train car, but it was only going to a darker pink.  A little bit of yellow and voila! Orange-ish. . .

The sprinkles were yummy! Reminded me of the cookie filling in those ice cream cakes we'd get when we were kids from Carvel. 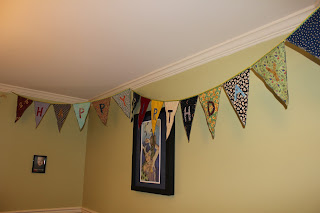 I also made this banner out of scraps and pieces from my stash.  So everyone could enjoy it on his or her birthday, I made it multi-colored.  I like to keep my scraps of fusible interfacing fabrics in zippered plastic bags by color.  I have all of these in a large plastic bin.  It makes it really easy to be able to grab a scrap of, say, yellow, and cut a moon quickly to add to an applique scene. 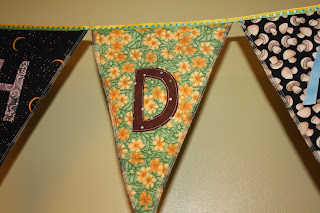 Each flag is backed by matching fabrics.  I simply strait-stitched the letters on and serged the edges in colorful threads. 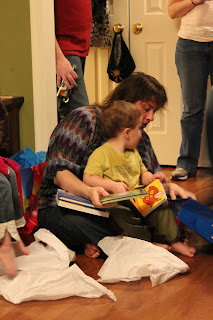 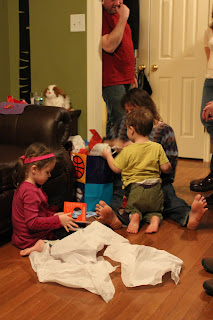 My boy had a blast with everyone.  Ripping thru wrapping paper like an old pro.  Afterwards was just as fun, blowing up balloons and investigating coolers. 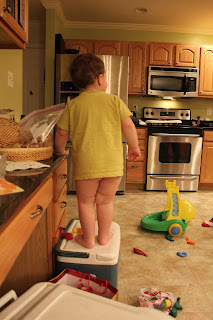